A guide to library resources

A magazine is a regularly published collection of articles that might focus on any topic in general or on topics of interest to a specific group, such as sports fans or music fans or home decorators. Magazines might be published weekly, monthly, semi‐monthly, or only several times a year. More commonly, magazines are published weekly or monthly. Examples of magazines include Time, Newsweek, Rolling Stone, Popular Mechanics, Car and Driver, Interview, Good Housekeeping, Elle, GQ, and Sports Illustrated.

While most academic research is better done using articles from scholarly/academic journals, magazine articles can also be of use in a variety of situations. For example, a research paper that aims to compare and contrast conservative and liberal viewpoints on immigration reform in the United States would most likely rely heavily on articles published in magazines that reach a broad audience rather than just an academic audience. There are numerous publications that cater to particular political leanings, both conservative and liberal, and having little or no political bent. For example, the magazine National Review covers a multitude of topics of current interest and addresses them from a conservative perspective; the magazine American Prospect covers topics of current interest from a liberal perspective; while the magazine Christian Science Monitor generally takes an unbiased approach in its articles. The researcher looking to contrast the conservative and liberal stances on immigration reform would want to compare articles and editorials published in the National Review and American Prospect and similar magazines in order to get a feel for the differences in opinions surrounding this issue.

Magazines are also excellent sources for locating reviews of books, movies, drama, concerts, music, etc. While scholarly journals also publish book reviews for academic publications, magazines like Publishers Weekly and Booklist are more likely to provide broad coverage of publications in a variety of genres ranging from the very scholarly and academic to the popular. Journals like The Musical Quarterly will provide in‐depth analysis of keyboard techniques in Beethoven sonatas, but magazines like Billboard and Rolling Stone will provide up‐to‐date reviews of the latest album release by the British group Coldplay. 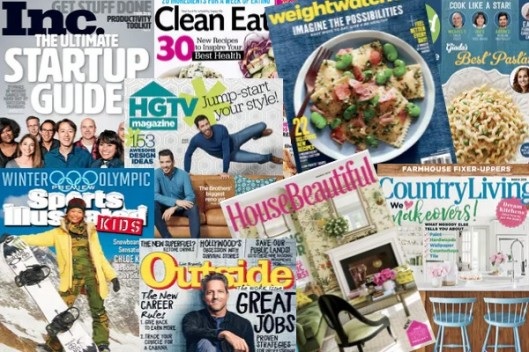 --and they don't usually include a bibliography.

When to use a magazine

A political science scholar who is researching the impact of the popular press on voting behavior in the last presidential election will need to include newspapers and magazines as source materials for the research. Scholarly analysis of voting will certainly play a big role in the research, but, in order to analyze the popular material that the average voter might have been exposed to, the researcher will need to survey articles that were published in magazines like Time, Newsweek, and the National Review and in newspapers like the New York Times and the Washington Post.

How to evaluate a magazine

Currency: Is this a recent article? Does the date affect the content or context? Some articles shared on social media can be older articles that may relate to current events, but not have current or accurate information.  If the article is not recent, the claims may no longer be relevant or have been proven wrong.

Relevance: Is the article relevant? It is useful? Does it fill your information need? While some articles may appear to be addressing a current topic, you must read past the headline and determine the relevancy of the content for your purposes. Be aware of click bait.

Authority: Who is the author? Has the author written other articles on the same or similar topic? Have they demonstrated expertise and experience? What is the source? Does it have an agenda or bias? Well known does not always mean authoritative and decisions and understanding of authority can itself be biased and leave out important voices, so you need to do the research.

Accuracy: Can the content be verified by multiple sources? Is it factual? Are you aware of and do you understand the sources biases? Be skeptical of articles only appearing in one place that you are unable to confirm. What is the original source of the story?  This is particularly important with images that are shared widely across social media.

Purpose: Does this article provoke an emotional response? The intent of a valid news sources is to inform. While an emotional response to specific information is to be expected, inaccurate news articles are often written for the sole purpose of provoking anger, outrage, fear, happiness, excitement or confirmation of ones' own beliefs.

How do I find this information?

Below is an example of how to evaluate a magazine to determine if it is appropriate to use in a research assignment. To evaluate magazine articles found in online databases, start at from the results list or from the actual article, click on the name of the magazine.  A new window opens to show important information about the publication--availability, format, audience, subjects, content, and publisher contact information. 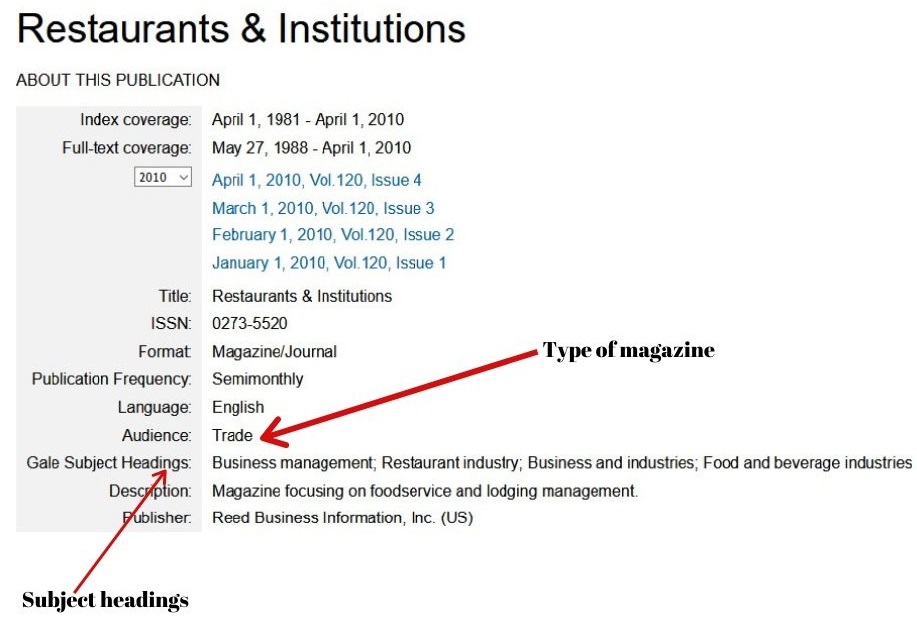