A guide to library resources

Is your news biased?

Do you believe everything you read? When we talk about Confirmation Bias in news sources, we tend to read news that agrees with our opinions. How do we get a more realistic view of the news. Simple--we need to be willing to read both sides of the story. 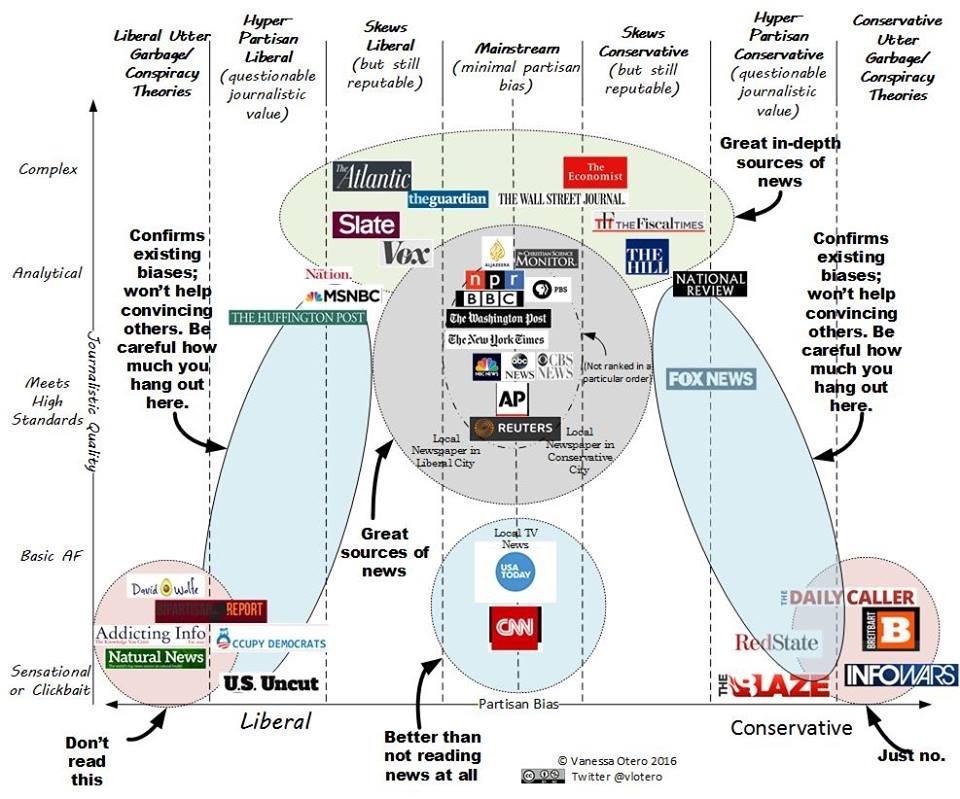 To demonstrate how reality may differ for different Facebook users, The Wall Street Journal created two feeds, one “blue” and the other “red.” If a source appears in the red feed, a majority of the articles shared from the source were classified as “very conservatively aligned” in a large 2015 Facebook study. For the blue feed, a majority of each source’s articles aligned “very liberal.” These aren't intended to resemble actual individual news feeds. Instead, they are rare side-by-side looks at real conversations from different perspectives.