Developing a research question is a process. To help with the process, look through the table of contents of your textbook for ideas. Find a topic that you are interested in learning more about. After you choose a broad topic, narrow it down to a specific person or group of people, an event, a location, or a time period.

Use the 5 Ws to narrow your topic:

The Five W criteria can add context to your investigation and turn a topic into a research question. 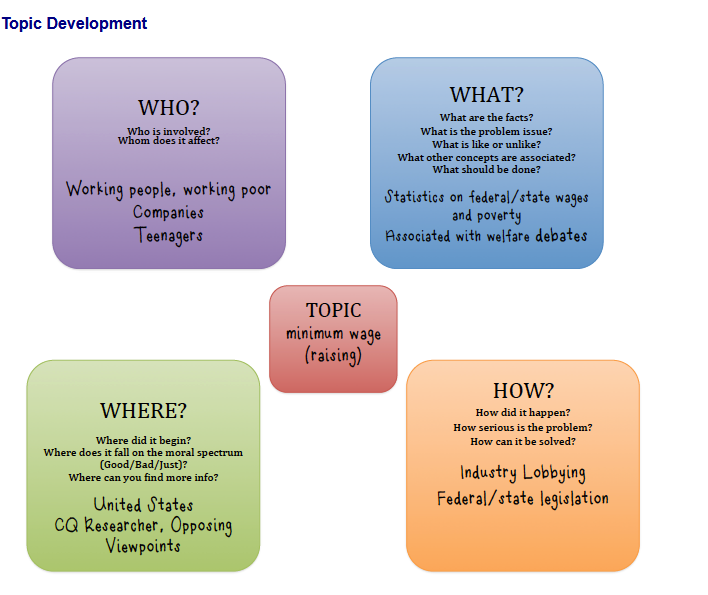 This brief tutorial will show you how to pick your topic and narrow it down so you can find relevant sources.